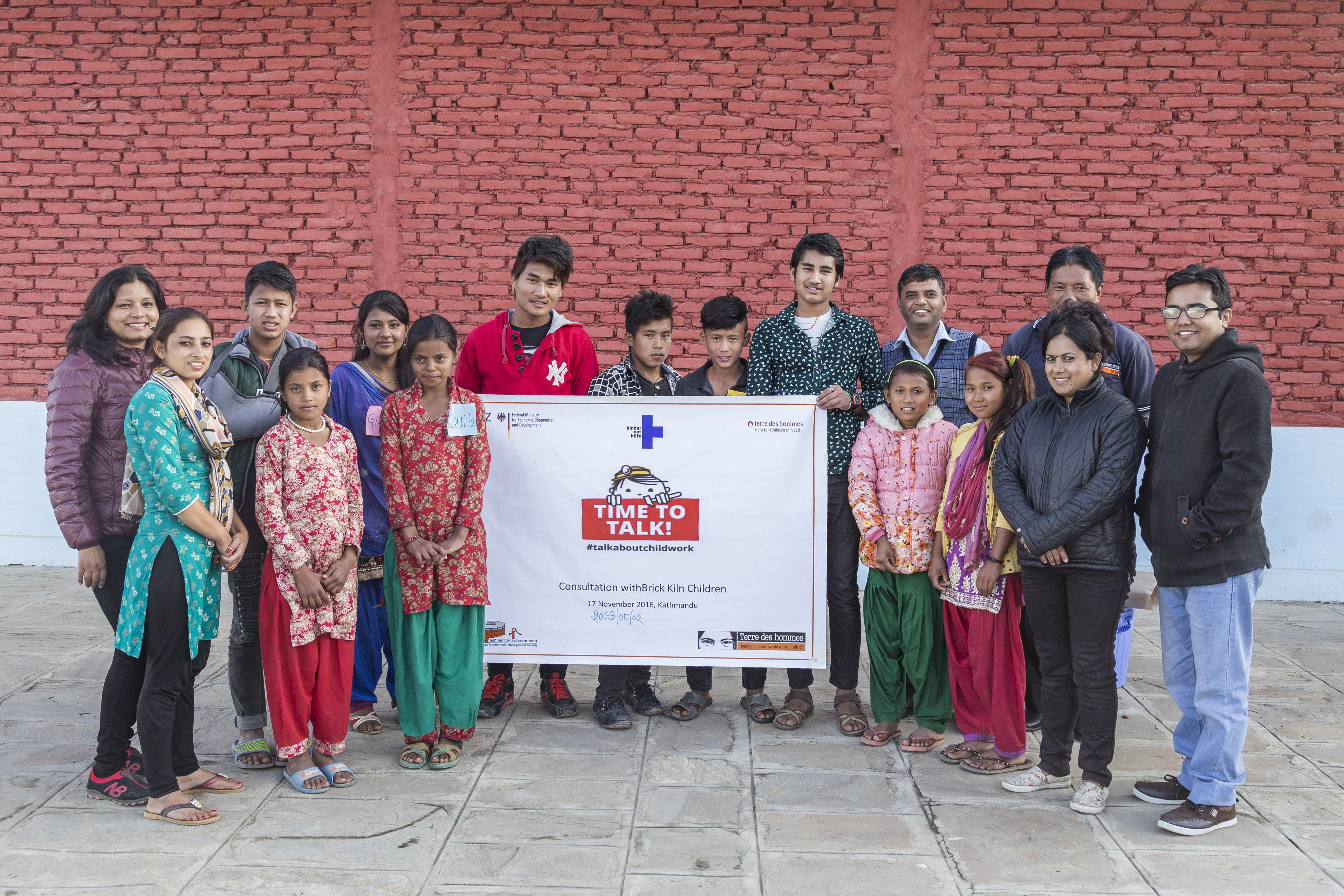 The absence of working children and youth at the III Global Conference on Child Labour in Brazil in 2013 provoked a feeling of incompleteness among several child rights agencies namely Kindernothilfe,
Save the Children and Terre des Hommes who had attended the forum. All three organisations agreed that the topic of child labour could be more adequately discussed and addressed by the global policy
debates if working children themselves could integrate their voices and expertise.

A multitude of exchanges and discussions about this question between the organisations, child rights experts and academics from different parts of the world shaped the idea to launch the global campaign and research project “It’s Time to Talk! – Children’s Views on Children’s Work”. The interest in the project idea after inviting local partner organisations, movements and working children to participate was  overwhelming and thanks to the kind co-funding of the German Ministry for Economic Cooperation and Development the project activities finally took off in March 2016.