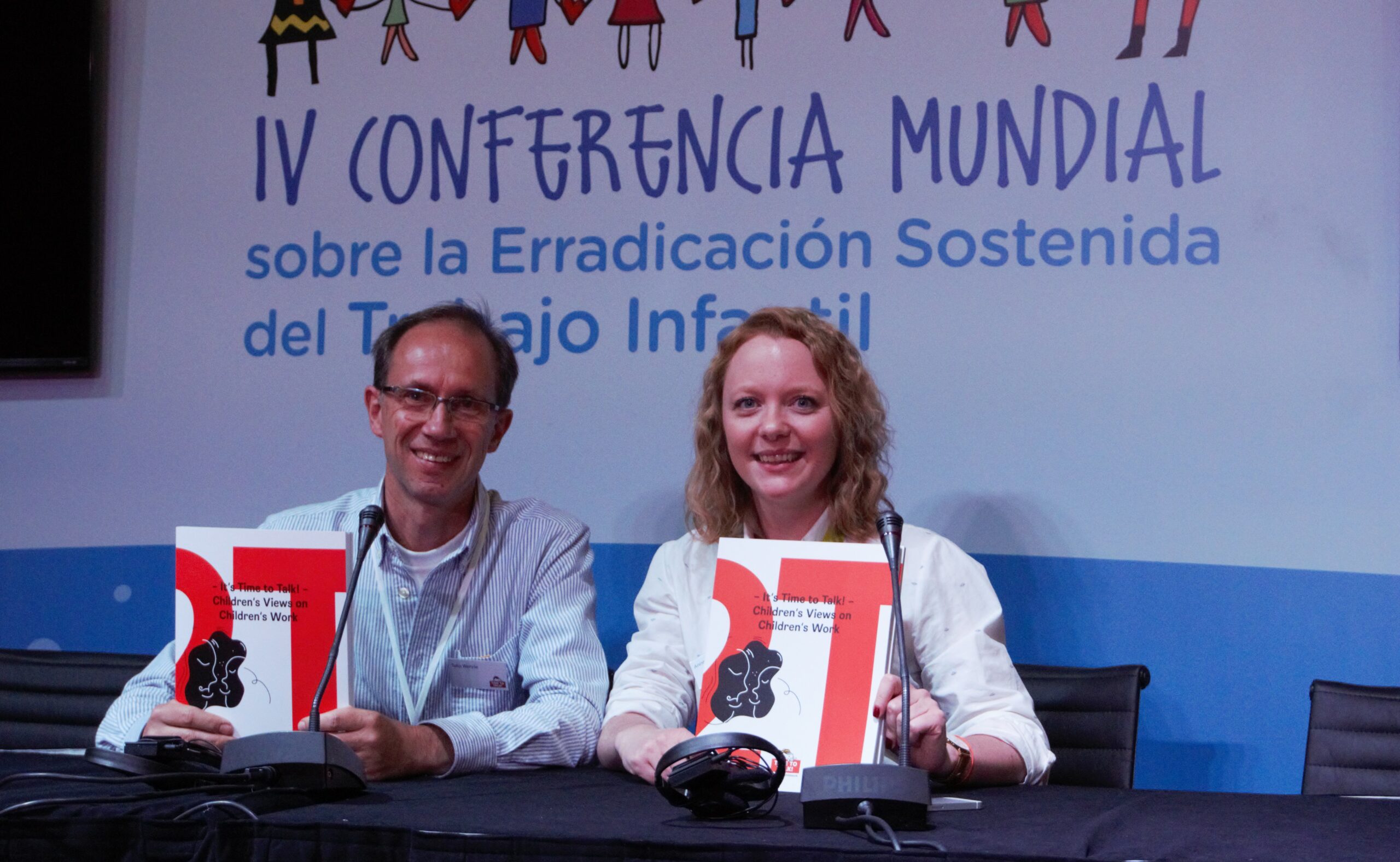 Time to Talk! at the Global Conference on the Sustained Eradication of Child Labour 2017

From 14th to 16th November 2017 the Global Conference on the Sustained Eradication of Child Labour took place in Buenos Aires, Argentina where representatives of states, trade unions and civil society from over 190 countries exchanged on the topics of child labour and modern slavery. Within the framework of the “Buenos Aires Declaration” the States reaffirmed their commitment to end child labour by 2025. Current figures of the International Labour Organisation (ILO) show that 152 million children worldwide are considered child labourers, of which 73 million are working under hazardous conditions (see ILO 2017: Global Estimates of Child Labour). The overarching message of the global conference was that education is key to overcome the driving factors of child labour, such as poverty, inequality, discrimination and social exclusion.

The Time to Talk! campaign and research project was provided two oppportunities to present the projects’ research report, informing the conference attendees on the participatory approach and key findings and messages of our worldwide consultations with working children and youth. On  November 15th the Time to Talk! steering committee, consisting in the representatives Beat Wehrle (terre des hommes) and Anne Jacob (Kindernothilfe) held a public press conference to officially launch the Time to Talk! Report which was accompanied by national and international press representatives. To adress the conference participants the Argentinean government provided space for a civil society organisations event under the motto “Children’s Views on Children’s Work”. To this Side Event the organisations UNICEF, Young Lives and ECPAT contributed with their organisational experiences on children’s participation and further underpinned the need for further participatory tools and spaces for working children to contribute in meaningful ways to debates that concern them. The interest in the Time to Talk! presentation and findings was huge and diverse follow up talks emerged afterwards.

One of the campaigns  aims to enable working children and youth themselves to have the oppportunity to present and integrate their views, suggestions and reflections on the current debate on sustainable solutions on child labour was not achieved. Due to age restrictions and difficulties with the application for a visa to travel to Argentina. the Time to Talk! youth representative from Senegal was hindered to participate.

The last conference took place in Brasilia/Brazil in 2013, where the assessment of the The Hague Roadmap of 2010 and exchange on best practice examples were discussed. Current ILO figures showed that the pace of eradication of child and forced labour has slowed down. The Buenos Aires Conference aimed at assessing the current obstacles, in order to agree on measures to obtain the initial goal to eradicate child labour by all its forms by 2025. Special focus was placed on the topics decent work for all and youth employment. A total of 3800 participants from 100 countries, including the participation of 45 ministers of state, joined the conference in 2017.